This week in Books

The guardian releases its latest 'This Week in Books' update!

http://www.guardian.co.uk/books/2010/jul/24/latitude-book-festivals-ebooks
Posted by Words Worth Reading at 21:50 No comments:

Guardian's Book Week round up 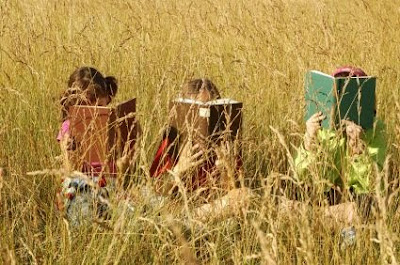 I have to say I am a huge fan of this little web page, giving you a humorous, sarcastic and real round up of the week's most interesting activities in the book world. My favourite contributors to this guardian page are Alison Flood and John Dugdale - I love their writing style and tone. Their latest updates this week include:

"Hot and bothered commuters around the country were provided with a new method of whiling away their journeys this week with the launch of a new book club by green lifestyle organisation Global Cool. Intended to encourage people to take public transport, the book club kicked off on Thursday by giving away 50,000 samplers of David Nicholls's 20-year love story One Day at train stations in London, Manchester, Nottingham and Brighton, and encouraging readers to review the book on Twitter with the hash tag #BooksInPublic.
A deal with publisher Hodder & Stoughton means Global Cool will continue its giveaways weekly for the next six weeks, with novels including Matt Hilton's thriller Dead Men's Dust, Lauren Oliver's tale of teenage love and death Before I Fall and Gerald Seymour's story of a Camorra crime clan, The Collaborator, all up for grabs. Sadly the organisers haven't chosen titles that are memorable for their transport set pieces: where's JK Rowling and platform 9¾, or Agatha Christie on the Orient Express, or – although perhaps it'd be too disturbing if you were actually on a train at the time – Anna Karenina?"

See, the things you learn! Check out 'This week in books' at the guardian website: www.guardian.co.uk/books
Posted by Words Worth Reading at 22:35 No comments:

With the first 20 minutes program the Writer's Avenue aims to help new writers head into the right direction. Writers are encouraged to submit their scripts to be tested out in front of a supportive audience and then receive feedback. More information can be found on the Writer's Avenue website: http://www.writersavenue.co.uk/The-First-20-Minutes.php
Posted by Words Worth Reading at 07:38 No comments:

New look Waterstone's to evoke the atmosphere of a local bookshop

Waterstone's have announced that as part of their rebranding they will be placing a greater emphasis on local authors in their stores. Each store will focus on local events and book groups as well as selling national bestsellers. This attempt to evoke the atmosphere of a small, local bookshop seems a bit contrived as they seem to have the monopoly on bookshops in Britain. By offering a more localised service they are perhaps trying to have an edge over cheaper online competitors like Amazon. However, it is unfortunate that this local feel will be prescribed by a national brand.

Posted by Words Worth Reading at 06:28 No comments:

'Nosy Crow is a brand-new independent company, creating children’s books and apps.' With an innovative take on creating a character brand they have a large focus on creating apps and adding a interative dimension to children's books.

They are looking out for new concepts, ideas and pitches for potential books and novelties. For more information on how to submit an idea, visit their website: http://nosycrow.com/

Posted by Words Worth Reading at 06:04 No comments: 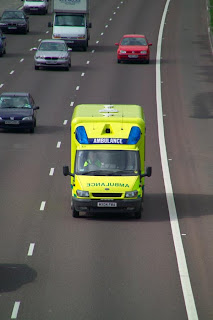 On Monday of this week the new coalition government released its white paper on the direction and general operating plan for the NHS. The paper outlined the emphasis that the NHS would now take - a much greater focus on patient outcome and satisfaction - with a step away from the target driven environment that has dominated the health service for the past decade or two.

That's all well and good, but just how will the government ensure that health care is focused upon patient satisfaction? How will it monitor and measure this without a target-led environment? The task of capturing patient satisfaction through measures that are in no way target related, or access and waiting times driven is significant. Anyone who has studied the current guidance on the make up and scoring means for the current 'patient satisfaction' measures in place will know that there is huge room for variance and distortion in the way that the results of surveys are scored. Just how well will patients' views be represented in this new monitoring regime?

In terms of access, the NHS has made significant improvement over the last ten years, with a much fast turnaround in A&E departments, the reduction in Hospital Acquired Infections, reducing rates of operation cancellations and of course, the introduction of the 18 weeks pathway which I for one think is fabulous. Removing these initiatives as 'targets' feels like a massive step backwards to me. And I can't believe that one thing that patients want is fast(er) access to treatment.

But aside from the changing focus of what will and won't be monitored, the White Paper announced some fairly hefty changes to the NHS structure. PCTS and SHAs will go, budget holding moves to the GPs, and potentially a new regulatory body will be brought in...again.

All in all, not the most positive document any of us have read. Except for GPs of course...What next? Surgeries in the Bahamas?!
Posted by Words Worth Reading at 22:22 No comments:

The HSJ was named the Media Brand of the year at the Periodical Publishing Awards ceremony. The judges said that "The HSJ has proven it has influence and reach within both the press and government."

The Periodical Publishing Awards are known as the "Oscars" to the UK publishing market, with the Media Brand serving as there equivalent to the 'best film' category.

The publication was praised for its development of publishing and digital and events activities. Health care 100, "the first independent analysis of the health sector's top workplaces" was singled out as an example of HSJ's innovative approach.
Posted by Words Worth Reading at 23:04 No comments:

Graduates warned of record 70 applicants for every job

Class of 2010 told to consider flipping burgers or shelf stacking to build skills as they also compete with last year's graduates.
Graduates are facing the most intense scramble in a decade to get a job this summer, as a poll of employers reveals the number of applications for each vacancy has surged to nearly 70 while the number of available positions is predicted to fall by nearly 7%.
The number of applicants chasing each job is so high that nearly 78% of employers are insisting on a 2.1 degree.In 2008, when the economy was buoyant, just 57% of employers insisted on a 2.1 or higher. Last year that rose to 60%.

The president of the National Union of Students, Aaron Porter, urged the government to invest in creating jobs and training: "We are concerned that the savage cuts to the public sector will create further unemployment, and will make the lives of graduates tougher in an already difficult jobs market."
Posted by Words Worth Reading at 09:07 No comments:

Judge rules former home secretary was wrong to introduce fresh restrictions against foreign students studying in Britain.
English language schools have won their high court battle against tighter visa regulations for foreign students, which they had warned would result in the loss of thousands of jobs and millions of pounds a year in foreign earnings.

English UK, the body that represents most language schools, won their appeal against the decision in London today. Mr Justice Foskett declared the fresh restrictions had been achieved through altering guidelines, when there should have been a formal change to the rules, with the matter referred back to parliament.
Posted by Words Worth Reading at 08:58 1 comment: