The Carers Newspaper...yes, we are fans!

The Words Worth Reading Ltd team have recently stumbled upon this useful resource - http://thecarersnewspaper.co.uk/

With news updates, advice, information, research and personal stories, this newsletter is an invaluable resource for anyone working in or with the health and social care industry.

The latest release of the newsletter contains information on the following subject areas: 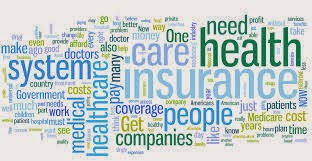 HealthcarePromotions.co.uk is a free and easy resource to use for anyone looking for health promotion campaign resources and news. Each day the newsletter provides a range of news stories and articles that relate to the provision of healthcare, to research, and to science.

As an avid follower of the newsletter via Twitter, we thought it only right to point our Health and Social Care provider customers to this useful resource!
Posted by Words Worth Reading at 13:07 No comments:

Is an overhaul of the GP contract on the cards?

The GP contract could be set for a radical overhaul, with payment to be potentially based on activity rather than on capitation basis, after LMC leaders voted in favour of such a move.

Despite GPC setting out its concerns for such a move, LMCs voted 53% in favour of a motion that said the ‘current formula based core contract is unfit for purpose’, and should be ‘replaced by a payment by activity contract which directly links workload to resource’.

This proved a departure from last year, when a similar vote was lost.

Dr Jim Kelly from Kent LMC, who lost the vote last year, said: ‘The Government wants us to do more. They want to move more work our way and the way to incentivise activity is by paying for activity.

‘The problem with the NHS is that we are the most efficient part of it and we’re all on block contracts, effectively. Capitation [payment] is a block contract which means that no matter how hard you work you don’t get any more money.’

He said this was a ‘radical’ motion, adding: ‘It is something that is designed to shake things up. But radical problems need radical solutions.’

Speaking against, Dr Rob Bailey from Cambridgeshire LMC warned that it would lead to increased bureaucracy for GPs who would need to report their activity in order to get paid, similar to reporting QOF.

He said: ‘It would be lovely if we were paid for every item of service we provide, but wouldn’t we risk breaking the link between our patient list and the freedom to do the right thing by introducing target-driven, bean-counting incentives, and who is going to do the counting?’

Speaking ahead of the vote, GPC chair Dr Chaand Nagpaul said: ‘I think there are some real issues here, which conference needs to decide on. I just want say though, that we have seen many problems with payment by result in hospitals.

‘We have seen many perverse effects and NHS England is minded to replace payment by result in hospitals with a capitated approach, simply because they believe that that system is driving activity at the expense of quality.

‘So we have a climate where I don’t believe we are going to see a promotion of payment by activity in hospital. I just want you to consider that.’

Earlier in the same session on funding, LMC representatives also voted for a halt to the demise of seniority payments, which the Government started phasing out last year.

Source: Pulse Today
Posted by Words Worth Reading at 13:03 No comments:

The Fifth Word Award for most promising playwright closes on 15th July 2015.

Fifth Word Theatre Company and Nottingham Playhouse are launching a brand new one-act play competition to uncover new playwriting talent across the East Midlands.
The Fifth Word Award are looking for original, compelling pieces written specifically for the stage.
This competition is for writers who are just starting out and have had no more than one play professionally produced.
The winner of the competition will receive:
The development money is intended to give the winner the time, space and support to develop a new play over the 12 month attachment.
All entries will be read by a panel of artists and industry professionals. A rehearsed reading of the winning entry and extracts from runners up will be showcased at a special new writing event at Nottingham Playhouse in September 2015.
Entries close on 15 July 2015
For full details including terms and conditions and to enter visit the Promising Playwrights website.
Image: OC Always, Flickr
Posted by Words Worth Reading at 05:37 3 comments:

CBBC and BBC Writersroom are looking for talented sketch writers

CBBC and BBC Writersroom are looking for talented new sketch writers for the 'Class Dismissed' Sketch Writing initiative.
If you can make people laugh through your writing, this is a unique and fun opportunity to get your writing noticed.

There is no guarantee of selection but, if chosen, your sketch may even feature in future episodes of CBBC’s sketch show Class Dismissed.
So if you’re a comedy writer looking to get noticed by Comedy Producers then this may be the initiative for you.

The challenge is to write a comedy sketch for any one of the following characters:  Mr Hart, Mr Christopher, Mr Jones, Miss Dior-Durant, Mrs Tucker and Miss Ready. You need to target your sketch at the CBBC audience aged 6-12 years.

You will need to send the team up to three sketches in total (so three sketches for one character or one sketch each for three characters) that are each between 1-3 minutes long. The work you submit must not have been previously commissioned, optioned or produced on any platform including tv, online or radio.

There is a tight deadline for the intiative. The competition was opened on Thursday 14th May 2015, the closing date is Thursday 21st May 2015 at 5pm.

The initiative, a collaboration between BBC Scotland and the Scottish Poetry Library, launched on May 11th.

The three-month residency, which is funded (£4,000), is aimed at early-career poets who live and work in Scotland. The successful applicant will contribute regularly across BBC Scotland, including, The Janice Forsyth Show and BBC Arts Online and will participate in workshops with Scottish schools.

Applicants for the post of BBC Scotland's Poet in Residence should send not more than 10 of their poems, links to audio/video footage, a CV and an 800-word statement outlining the poet's proposed approach to the residency and what they would hope to achieve. 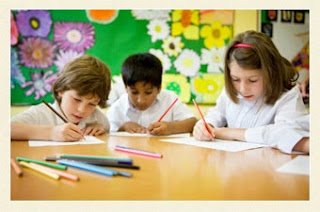 To celebrate its fourth birthday, Fiction Express for Schools has launched a writing competition for children aged 5 to 11

The competition is being run in association with Primary Times.

To enter the Fiction Express for Schools Birthday Competition, children should write a short story no longer than 500 words that has three optional endings, and includes the word 'birthday.'

The closing date is 7 June.

image source: writeawaywithme.com
Posted by Words Worth Reading at 21:55 No comments:

Flash fiction should be up to 500 words, poetry up to 20 lines and scripts, up to 10 minutes. All entries should be representations and interpretations of the SW1 postcode. Writers do not have to live within that postcode to enter.

The winner of the Stories of SW1 Writing Competition will receive £50, the opportunity to have the piece recorded for radio, publication on the SouthWestFest website and inclusion in the curated art exhibition, Stories of SW1. The judges are playwright Hannah Vincent, performance poet Martin Daws and the Royal Court Theatre.

There is a fee of £3 for one piece of work and £5 for two. Each additional entry costs £2.

The closing date is 16 June.

SouthWestFest takes place between 19 and 28 June.
Posted by Words Worth Reading at 21:50 No comments:

Poems may be up to 30 lines, and have to be comical. Poets must live, work or study in Wales.

There is a £3 fee per poem. Poets may enter up to three poems.

The closing date for the All Wales Comic Verse Competition is 2 June.

The Carleon Festival takes place from 3 to 12 July.

Image source: wikipedia.com
Posted by Words Worth Reading at 21:46 No comments: 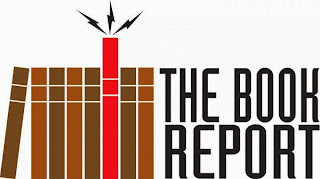 On Elaine Charles' Book Report show this weekend (accessible via podcast at bookreportradio.com), the following political books will be reviewed;

“The Quartet: Orchestrating the Second American Revolution, 1783 to 1789″ by Joseph J. Ellis

“The Residence: Inside the Private World of the White House” by Kate Andersen Brower

TUNE INTO THE PROGRAM FOR
An “inside the Beltway” look at political books making headlines. Elaine presents a mix of new histories from Pulitzer Prize winners, page-turning political fiction and White House memoirs.

Image and story from: thebookreportradio.blogspot.com

Posted by Words Worth Reading at 21:41 No comments:

A New Guide to Copyright

The Authors' Licensing and Collecting Service has published a helpful guide to copyright, Wise Up to Copyright.

The guide is very informative on the importance of copyright and how the ALCS collects royalties on your behalf for books and articles written.

The guide is available for free at:
www.alcs.co.uk/Members-information


Posted by Words Worth Reading at 04:01 No comments: 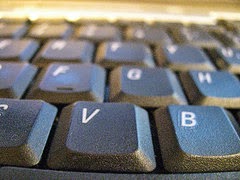 For the past eight years the womagwriter's blog has been the site to visit for information on the commercial short story market. Now there is a new writer for the blog.

The woman writer's blog was created in 2007 by Kath McGurl, but two years ago she chose to concentrate on writing novels. So now she has handed the site to Patsy Collins, a writer of short stories.

The blog contains links to publishers' guidelines, often difficult to find, and updates on magazine news.

Collins has said that she will keep the focus of the blog on short fiction. She also plans to feature interviews with writers.

Many writers, and those who aspire to get published, will be pleased that the blog will continue.

Image: Baddog, Flickr
Posted by Words Worth Reading at 03:56 No comments: