Author Philip Pullman Gets a Knighthood! 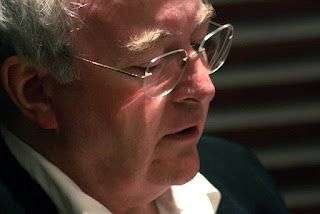 Philip Pullman has been recognised in the New Year's Honours List, both for his work as a writer and for his work supporting, and being an advocate for, other aspiring authors.

A tenacious advocate for authors and literature, Philip is actively involved in campaigning work for the Society of Authors, as well as for the Royal Society of Literature and the Blake Society. He has served as SoA President since 2013 and has used the position to passionately champion authors’ rights on fees, royalties, copyright, contract terms and high discounting.

Commenting on the announcement, Philip said "I was very surprised and honoured to be offered a knighthood. I believe the profession of letters should be recognised as having a proper place in the life of the nation, along with science, and sport, and music, and scholarship, and many other human activities. Many people I admire, such as Quentin Blake, Ellen MacArthur, Chris Hoy, Jacqueline Wilson, Nicholas Hytner, Jocelyn Bell Burnell, Bryn Terfel, Ray Davies, Mary Beard — far too many to list — have been happy to accept a knighthood or damehood, and I am proud to be in their company.

I’m immensely grateful to those who have worked so hard over many years to edit, publish, illustrate, and sell my books, and to the Society of Authors, which does so much for the profession of authorship. I’m most grateful of all to those who continue to read my books, and I hope they don’t have to work as hard as those who edit them."

Writer, translator and fellow SoA council member Daniel Hahn described Philip as ‘truly peerless’, saying "His prodigious inventiveness, his intellectual ambition, his bravery, his compassion, his ability – quite simply - to write like a dream, book after book, all these qualities combine to make him the very best of all. Philip Pullman's work has been recognised with – among others – the single most important international prize for children's literature, the Astrid Lindgren Memorial Award; it's time we acknowledged his extraordinary contribution to our culture and celebrated him back home.

Posted by Words Worth Reading at 01:44 No comments: 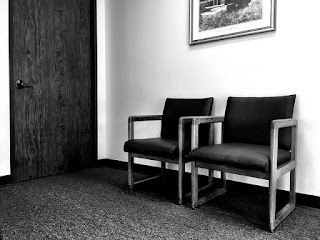 Figges Marsh Surgery in London Road, Mitcham, was rated Inadequate for being safe, responsive and well-led. It was rated Requires Improvement for being effective and caring, following a CQC inspection in October 2018.

Inspectors found that the practice did not have clear systems to manage risk to patients and staff. These included matters relating to:
The systems to support carers and those who had suffered a bereavement were not effective. The systems to keep people safeguarded from abuse were not clear.

Patients reported difficulty contacting the practice by telephone. Patients who visited the practice in person were more likely to secure appointments.

The partners did not work cohesively to be able to deliver high-quality care; there was limited capacity to drive learning and improvement.

The practice did not foster a culture where quality and safety was prioritised and staff did not always work as a team.

The practice has been directed to :
Professor Ursula Gallagher, Deputy Chief Inspector, Primary Medical Services, said: “I am very concerned that Figges Marsh Surgery is now rated Inadequate overall and has been placed in special measures, which will give it access to support that should help it to improve. At its last inspection, it was rated Good overall.

“People who use the service should be reassured that the service will be kept under review and if needed could be escalated to urgent enforcement action. Where necessary, another inspection will be conducted within six months, and if there is not enough improvement we will move to close the service by adopting our proposal to remove this location or cancel the provider’s registration.”
Posted by Words Worth Reading at 03:26 No comments: 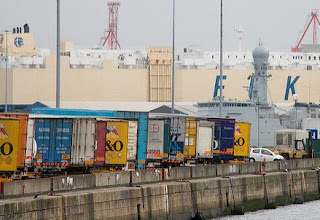 Applications are now open for UK businesses to apply for grants of up to £2,500 to attend international trade shows.

Attending international conferences and events is an effective way for those new to exporting, or exploring new territories, to meet potential customers face-to-face and start the exporting process.

Businesses can apply for grants of up to £2,500 to attend international trade shows through the Department for International Trade’s (DIT) Tradeshow Access Programme (TAP).

TAP provides financial support for UK SMEs to participate in overseas exhibitions and conferences that cover a range of sectors, from education to aerospace and creative to maritime. Successful businesses can use the grants to fund direct exhibiting costs, including stand costs and conference fees.

TAP grants accompany a wide range of support businesses can access through the Department for International Trade. This includes dedicated teams of International Trade Advisers, sector specialists, and a network of staff across the world that are available to help businesses embark on, or develop, their exporting journey.
Posted by Words Worth Reading at 02:48 No comments: 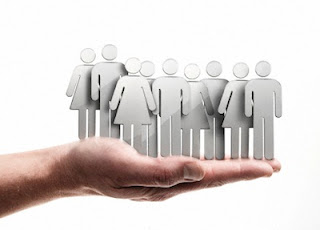 The Care Quality Commission has found the quality of care provided by Corner House Residential Care Home in Mansfield, Nottinghamshire, to be Outstanding following an inspection in October.

Corner House Residential Care Home provides care for up to 11 people who have a learning disability. When the CQC inspected there were 11 people living at the home.

Andrea Sutcliffe, Chief Inspector of Adult Social Care, said “The quality of care which our inspectors found here was exceptional and I am very pleased that we can celebrate the service’s achievements.

“An outstanding service is the result of a tremendous amount of hard work and commitment. I would like to thank and congratulate everyone involved.”

Posted by Words Worth Reading at 16:49 No comments: 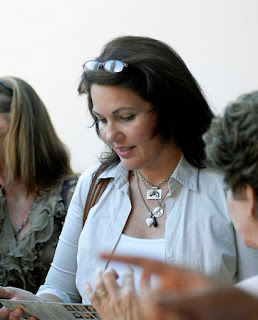 51 of the 53 recommendations made by Matthew Taylor have been adopted including:
The following measures will be introduced to tackle the exploitation of low paid workers:
The measures outlined in the package form part of the government’s modern Industrial Strategy, published last year, which sets out how the whole of the UK can build on its strengths, extend them into the future, and capitalise on new opportunities.

Posted by Words Worth Reading at 16:19 No comments: 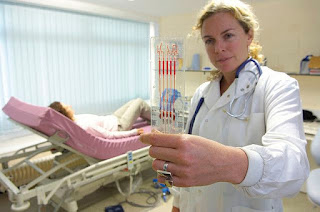 The Care Quality Commission has found the quality of care provided by Dunster Surgery, Minehead in Somerset to be Outstanding again following an inspection in October. This is the second time the service has been rated Outstanding overall.

Inspectors rated the care at the surgery Outstanding for being caring and well-led, and Good for being safe, effective and responsive to people’s needs.

Ruth Rankine, Deputy Chief Inspector of General Practice, said;“It is with pleasure that I am again delighted to highlight the exceptional service at Dunster Surgery. This practice is an excellent example of what outstanding care looks like. The service had clear vision to promote safe and quality care with high standards being promoted by all staff.

“There was a strong focus on continuous improvements to its services and valued the concerns raised by staff and people.

“This dedication and commitment pays off in making a real difference for their patients – which is why we have again found the practice to be Outstanding. I hope other practices will see this service as a model for excellent care.”

Posted by Words Worth Reading at 05:04 No comments:

CQC Launches a Review into the Management of Patients with Mental Health Problems, a Learning Disability and/or Autism 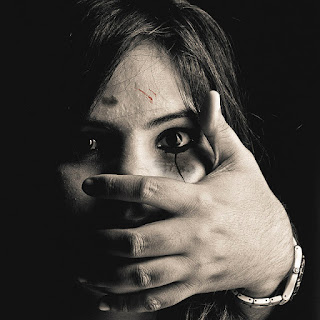 The Secretary of State for Health and Social Care, Matt Hancock, has asked the CQC to review the use of restrictive interventions in settings that provide inpatient and residential care for people with mental health problems, a learning disability and/or autism.

Interim findings and recommendations are expected in May 2019, with the full report scheduled for release by March 2020.

Concern has been raised over the use of physical restraint, prolonged seclusion and segregation
in wards for people of all ages with a learning disability and/or autism and in secure and rehabilitation mental health wards.

The review will consider whether seclusion and segregation should be used in registered social care services for people with a learning disability and/or autism and how they should be used.

Dr Paul Lelliott, Deputy Chief Inspector of Hospitals (lead for mental health), said:  “There is understandable public concern about the use of restraint, prolonged seclusion and segregation for people with mental health problems, a learning disability or autism. It is vital that services minimise the use of all forms of restrictive practice and that providers and commissioners work together to find alternative, and less restrictive, care arrangements for people who are currently subject to seclusion or segregation. Failure to do this has the potential to amount to inhuman and degrading treatment of some of the most vulnerable people in our society.

“We welcome the Secretary of State’s commission for CQC to undertake a thematic review of this important issue. The review will examine the range of factors that lead to people being subject to restraint, prolonged seclusion or segregation, and will assess the extent to which services follow best practice in minimising the need to use force. The experience and perspective of the people affected by these practices, either as a patient or as a carer, will be central to this work. It is vital that society protects the rights, welfare and safety of children and adults with a mental illness, learning disability or autism and that they receive the safe, high quality care that they deserve.”
Posted by Words Worth Reading at 16:04 No comments: 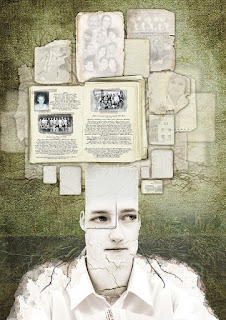 Higher education representatives have been told to take another look at their approach towards involving a student's family and friends (those listed as emergency contacts) when it is clear that the student is at risk of a mental health crisis.

Education Secretary, Damian Hinds has written to Julia Buckingham, who is chairing a roundtable on student mental health, asking the sector to maintain the focus that has been built up in recent months following the Student Mental Health Summit that was held at the University of the West of England in June 2018.

The event, hosted by Universities UK (UUK), will aim to develop advice for universities on consent for the disclosure of information about severe student difficulties to third parties. Giving universities clear guidance on this issue will ensure young people struggling at university will have every possible chance of receiving help from someone in their domestic support network. This is particularly important for students studying away from home, who may have a reduced support group.

Damian Hinds said "Ensuring that university students, many of whom will be leaving home for the first time, are supported is a key challenge for my department and the higher education sector as a whole.

Our universities are world leading in so many areas and I want them to be the best in the world for support and pastoral care as well. Ensuring that universities get better at reaching out to family members if a student is struggling with mental health is a big step along the road to delivering that ambition.

I’ve made clear to the sector how important this issue is and now I want them to work together to find a clear way forward so young people can get support from every person and organisation best able to give it.

In a recent Higher Education Policy Institute (HEPI) survey, 75% of applicants to higher education expected universities to contact a parent or guardian in situations where they are faced with serious challenges relating to their mental health.

The new UUK advice will need to build on this by giving 100% of students every possible opportunity to choose to receive care from families and trusted friends alongside the support they get from student welfare teams and the NHS."
Posted by Words Worth Reading at 03:03 No comments: