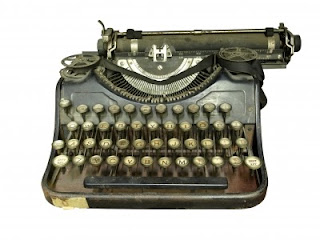 Have you written a novel? And have you never been published?

This is your chance to win a £2500 cash bursary plus a publishing contract with Legend Press.

Writers can submit entries up until 2nd August 2013.

The Luke Bitmead Writers' Bursary was set up in 2006 after the death of Luke Bitmead, author of White Summer, The Body is a Temple and co-author of Heading South.

This is the biggest UK award for unpublished writers, set up especially for new novelists, particularly those who may be struggling with circumstances that make it difficult to concentrate on their writing career.

The competition is open to writers 16 years and over, and the novel is to be adult fiction only, no non-fiction or children's books.

Authors may submit only one entry and the novel must be complete before entering.

To enter, submit a completed entry form plus the first three to four chapters of the novel in Word or PDF format.

If you have any queries email bitmeadbursary@legendpress.co.uk

For an even better chance at success, have your manuscript edited by Words Worth Reading Ltd.

Source: http://forward.legendpress.co.uk/mainsite/luke-bitmead-bursary.html
image courtesy http://www.freedigitalphotos.net image by thaikrit
Posted by Words Worth Reading at 02:45 No comments:

The First of the Performance Data for Surgeons is Published Today 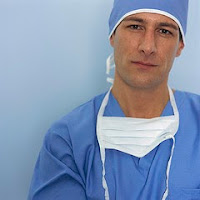 The first of the new performance data for individual surgeons in England is being released today in a historic moment for the NHS. Vascular surgeons have become the first group of nine specialities to publish the information, including death rates and length of stay in hospital after a procedure.


This data will appear on the NHS Choices website later. The data on the other groups will follow over the next few months.
Just six out of nearly 500 vascular surgeons, who specialise in procedures on the arteries and veins, including stents, have opted out. They were able to do this because of data protection laws, although earlier this month Health Secretary Jeremy Hunt warned that those refusing to take part would be publicly named.
The move to publish this data is being viewed as a significant milestone within the NHS. Previously, individual performance data has only been published for heart surgeons.
But some doctors have been concerned about widening publication of data for eight surgical specialties and cardiology, as there is a fear that it may give a misleading impression. Those doctors who take on the most difficult and complex cases may appear to be performing badly, when in fact they could be the leading specialists in their field.
Those at the Royal College of Surgeons see this move as the beginning of a new era for openness in medicine.
Words Worth Reading Ltd can help support companies to meet Information Governance requirements.
Image: Spit-Fire, Flickr
Source: BBC News
Posted by Words Worth Reading at 00:48 No comments:

The WWRL Newsletter For June 2013 is Now Available to Download 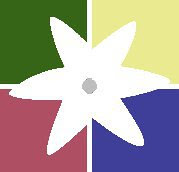 Summer is finally here, even if the beautiful weather hasn’t stuck around for it. In this month’s edition of the newsletter we have details on the best summer reads, ready for your holiday. While at the Words Worth Reading Ltd offices, we are keeping busy helping healthcare professionals complete essential documentation.

To get the latest news about business, healthcare, jobs, writing, student life, and to find out what the Words Worth Reading Ltd team have been up to, download this month's newsletter from our website by clicking here.
Posted by Words Worth Reading at 00:32 No comments:

Teams of students will be offered £5000 for their technology projects designed to enhance the educational experience, in the Summer of Student Innovation Programme.

This opportunity is offered by the Future's Forum, a group of research and education organisations.

'We are offering £5,000 per student team, to develop new technology that could improve education, research and their studying life. The teams will be selected through an open call for ideas. Successful teams will also be given opportunities to join workshops to allow them to network with fellow students and experts to further their ideas.

'After the projects have run, the technology developed by the teams will be embedded for a trial period in volunteer education organisations. Products that are successful in the trials will be provided to other interested parties through sustainable routes.'

The Summer of Student Innovation registration closed on the 21st June, and applications from over 30 student teams from various universities have been submitted.

Below is an application that received the required number of votes. It's a design for an opensource network building tool for students to share their research and notes.

The outcome of this year's competition can be found here from 1 July 2013.

Applications for the 2014 programme will be available from 1 February 2014. To enter or vote go to this website

Students can get expert editorial help with their theses, essays and coursework from Words Worth Reading Ltd.


Source: http://www.jisc.ac.uk/news/digital-savvy-students-offered-5k-grants-20-may-2013
Posted by Words Worth Reading at 01:45 No comments:

Literary Festivals, all the dates and details you will need for the summer ahead 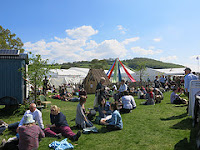 Do you love literature? Then check out the Literary Festivals website.

http://www.literaryfestivals.co.uk is a great website which provides all the details you will need for over 200 festivals across the UK and Ireland this summer.

When you visit the website you can also register for the seasonal newsletter which will provide you will all the information you need on events taking place around the UK.

If you are travelling to a Literary Festival and need accommodation then check out the Hotel Booking Service on the website too.

Creativity in the workplace is critical, so why are many businesses missing out?

Research carried out by top UK business coach, psychologist Ros Taylor, says that creativity in the workplace is critical to enable businesses to survive. Taylor’s latest book Creativity at Work challenges the traditional definition of creativity and highlights how firms are stifling innovation, at a time when it is essential for businesses to allow a creative environment.

Taylor’s research, which included a poll of 1,000 working people in the UK and interviews with leaders from organisations around the world, highlights common misconceptions around what creativity is. Many of those involved in the research didn't believe there was a place for creativity at work, but Taylor disagrees.

Innovation can transform a business into an adaptive entity, yet only 25% of employees in the UK are actively given time to come up with new ideas in the workplace.

In her research she proposes that individuals fall into one of four different creative styles and that diverse teams with all creative styles represented perform better because by working together the team can fully engage with the creative process without accidentally ‘short-circuiting’ some of the key steps.

She argues that UK companies should actively hire for creativity and that employees should be assessed regularly to determine their creative styles. Without a clear approach to creativity at work, individual team members may be prevented from playing to their strengths and frustration or conflict may hinder the company’s overall productivity.

Words Worth Reading Ltd can help you provide creative, team building workshops for your employees. Visit us HERE to find out more.

Posted by Words Worth Reading at 08:07 No comments:

Jill Finney, former deputy chief executive of the Care Quality Commission says she was not involved in any decision to hide a critical internal review.

An independent report into the CQC's investigation of the deaths of babies at Furness General Hospital found evidence of a possible cover-up. But Finney and two other senior colleagues have denied that they suppressed the review, saying only that it required further work before it was published.

The hospital, run by Morecambe Bay NHS Trust, was investigated by the CQC in 2010, and passed the review. But an internal review was ordered by the regulator in 2011 into how the deaths and injuries had gone unnoticed. This review was not made public because it was too critical of the CQC.
Health Secretary Jeremy Hunt has said the CQC was  flawed when it was set up four years ago, but the leader of the British Medical Association, Dr Mark Porter, said changes that have been made to the CQC should be allowed to take effect.

Posted by Words Worth Reading at 01:31 No comments:

If you’re a graduate job seeker, you are three times more likely to get a job if you already have work experience.

According to a study by High Fliers Research, 36 per cent of job applicants who had previous career-related experience had definite job offers by March this year (2013).

The report, which looked at salary and career prospects for graduates, was based on interviews with 18,252 students from 30 universities.

Research suggests that students are starting their job search early to improve their prospects.

The report shows that 70 per cent of students started looking for jobs before starting their final study year.

Eighty per cent had done an average six months’ worth of career-related work while studying, and 41 per cent had made job applications by October, just after starting their final year.

Students at leading universities such as Kings College London, London School of Economics and University College London have the best chances of getting jobs, suggests the report.

The managing director of High Fliers Research, Martin Birchall, said that this latest research shows that ‘work experience is no longer an optional extra for university students, it's an essential part of preparing for the graduate job market.’

He went on to say: ‘Students who just focus on their degree studies without spending time in the workplace are unlikely to develop the skills and interests that graduate employers are looking for.’ (www.independent.co.uk 13 June 2013)

Posted by Words Worth Reading at 08:21 No comments: