The WWRL Newsletter for April 2013 is now available to download

With the weather warming up, it finally feels like spring is here. So far this year the Words Worth Reading team have been rushed off their feet in both their UK and French offices, with lots of Information Governance Toolkit submissions and it has been another great month for everyone at Words Worth Reading Ltd.

Labour to Announce its Own Health Care Commission

Ed Miliband is expected to announce later today that a Labour government must make money spent on the NHS go further. Labour is to set up an independent commission to investigate how best to integrate health and social care. It will be led by former Department of Health specialist Sir John Oldham.
It is no secret that the NHS is facing huge financial challenges as the cost of health care rises. It is thought that in his announcement, Mr. Miliband will say that growing care needs will leave a shortfall of up to £29bn a year unless services can be delivered more efficiently.
"The NHS will always be a priority for expenditure under a Labour government, but we must make every pound we spend go further at a time when our NHS faces the risk of being overwhelmed by a crisis in funding because of care needs by the end of this decade."
While the Blair government was able to throw large amounts of money at the NHS, Mr. Miliband wants to set a different approach, the reality is that there will not be the resources for a future Labour government to do the same.
There will be greater focus on preventing people getting ill and more care being provided directly in people's homes so they avoid unnecessary hospital visits. Mr Miliband will say that services should be organised around the needs of patients, rather than patients around the needs of services.

Shortlist Announced for the Walter Scott Prize for Historical Fiction 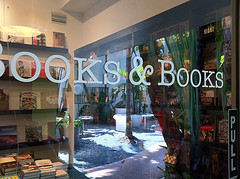 This year marks the fourth £25,000 Walter Scott Prize for historical fiction, and the shortlist has been announced today.

Six novels have been chose, with settings ranging from Tudor and Restoration England, the slums of Victorian London, and the bloody battlefields of the Western Front in World War One. The list shows a great diversity of setting in both time and place.

The shortlist is:
Toby’s Room by Pat Barker
The Daughters of Mars by Thomas Keneally
Bring Up The Bodies by Hilary Mantel
The Streets by Anthony Quinn
The Garden of Evening Mist by Tan Twan Eng
Merivel by Rose Tremain

This year’s shortlist, contains fantastic writing with some unexpected stories which challenge understanding of history. These books are by authors from Australia and Malaysia, as well as from England, strengthening the international dimension brought to the prize by last year’s opening up of the rules to include writers from the Commonwealth.

The Walter Scott Prize, founded in 2009 by the Duke and Duchess of Buccleuch and awarded at the Brewin Dolphin Borders Book Festival in June, is the largest annual UK prize to be judged outside London, and honours the legacy and achievements of Sir Walter Scott, founder of the historical novel.

If you have an idea for a great historical novel, but you are not sure where to start, visit us at Words Worth Reading Ltd to find out how we can get you on the right track with our mentoring service.

Image: miamism, Flickr
Posted by Words Worth Reading at 08:14 No comments: 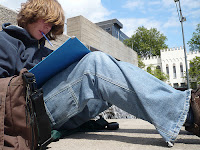 The Independent has revealed that boys are more likely to skip university as a result of the rise in tuition fees, according to new research.
The results from the Independent Commission of Fees have shown that the gender gap between working class boys and girls going to university is growing.
Whilst overall acceptance rates among applicants from poorer homes have remained steady. Overall, 112,300 young males (aged 17-19) got a place at university last year, a 1.4 per cent fall on 2010, compared with 135,100 young females (a 0.9 per cent rise).
David Willetts, the University Minister, has demanded white working-class boys to be classified as a target for universities in the same way as ethnic-minority students.
The findings also show that the reduction in applications from boys runs through all social levels, not just the working class, with 6.2 per cent fewer boys from the most advantaged areas applying than girls. There has been speculation that this could be due to growing interest amongst boys in seeking apprenticeships as a route into employment.
If you are a student and would like to improve your essays and dissertations, visit us at Words Worth Reading Ltd to find out about our editorial service.

Source: The Independent
Image: Univers beeldbank, Flickr
Posted by Words Worth Reading at 07:50 No comments:

Adele Turns Down An Autobiography Deal From HC 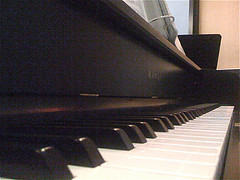 HarperCollins has published several books from successful musicians, just last year they released Justin Bieber: Just Getting Started and Cheryl Cole's Cheryl: My Story. Now the publishers have revealed that they have approached singer Adele to publish a memoir.
The 24-year-old singer, who has won nine Grammies, four Brit Awards and an Oscar for the theme tune to James Bond film "Skyfall" is said to have turned down a seven-figure offer because she feels she is too young to release an autobiography. It is believed that she would rather wait until she has more to write about.
A spokesperson for HarperCollins confirmed discussions were held with Adele's representatives, and HarperCollins have said they would love to publish a book from Adele, as she is a fantastic global superstar with a brilliant story. They are sure Adele's story would be extremely popular.
Unfortunately for all you Adele fans, it looks like the book idea is on hold for a while, until Adele believes she has something to write about.
If you have a manuscript that you need some help with, Words Worth Reading can help. Click here to find out about our manuscript and editorial services.

Image: marc falardeau, Flickr
Posted by Words Worth Reading at 07:14 No comments:

CQC Survey Results of the Inpatient Services in NHS Hospitals 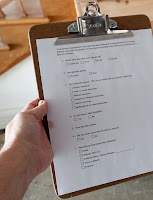 The CQC have now published the results of a survey that looked at the experiences of over 64,500 patients who were admitted to an NHS hospital in 2012.
Between September 2012 and January 2013, 850 inpatients at participating NHS trusts were sent a survey asking about the care they received. The results show how each trust performed in the survey.
The results tables include comparisons with findings from the 2011 survey and identify statistically significant changes.
The results will be used to inform CQC activities around registering and inspecting health care services.
NHS trusts will use the results to improve their own performance and to understand their patients’ experiences.
You can search for your NHS Trust in the A-Z list on the CQC website.
If you are a healthcare provider and would like help with your CQC application or the registration process, visit us at Words Worth Reading Ltd.


Posted by Words Worth Reading at 03:04 No comments:

The Writers & Artists 'How to get Published' Conference - 6th July 2013

Writers and Artists have organised some fantastic workshops for a range of different authors, including, 'Self-publishing in the Digital Age' and 'How to Write Successfully for Children and Young Adults'.

Tickets are now on sale for the Writers & Artists next How to Get Published Conference, to be held on Saturday 6th July at Senate House, London.

The morning session of the 'How to Get Published' conference will include:
The afternoon session will include:

Speakers at the Conference are still to be confirmed. But you can find out more in the coming weeks and you can apply for your place now at the early bird price of £85, by going to the Writers & Artists website.

If you are an author but are finding it difficult to get published, Words Worth Reading Ltd can help with our Publisher Packs for writers.

Image: Ian Wilson, Flickr
Posted by Words Worth Reading at 02:38 No comments: