This month we began working with our clients helping them to create and assess their documentation and evidence so that it can be submitted to the latest version of the Information Governance Toolkit.

In order to demonstrate on-going compliance with the IGT, we work with organisations while they undertake audits of Information Governance compliance throughout the year. This enables organisations to retain a Level 2 compliance (where performance is considered satisfactory), and, for some indicators, will allow movement up to a Level 3 rating.

Words Worth Reading Ltd has a wealth of experience in supporting companies to meet the Information Governance requirements. As part of our work to upload submissions we can:

For full information on the Words Worth Reading Ltd Information Governance services, visit our website by clicking here.

Image: Fletcher Prince, Flickr
Posted by Words Worth Reading at 00:39 No comments:

Get your manuscripts ready for open submissions to Blackfriars Publishing

Publisher Blackfriars, part of the Little Brown Group, is holding a week of open submissions for literary novels from 1st-7th December.

Since it's launch last year Blackfriars has published both fiction and non-fiction books. Next month will see the group offering an open submissions week, aimed at helping people anywhere in the world who want their work published.

To enter, authors must be previously unpublished and should submit the first chapter of their book along with an author biography and a one-page synopsis of their novel.

Blackfriars are not the first to offer open submissions, other companies who have done this include, Penguin Random House and HarperCollins.

If you are a writer and would like help getting your manuscript ready to send to a publisher, check out our publisher packs for writers.

Image: Horia Varlan, Flickr
Posted by Words Worth Reading at 07:55 No comments:

Helen Oyeyemi won a Somerset Maugham award for her novel White is for Witching and was named one of Granta's Best Young British Novelists last year, joins a prestigious panel of judges for the £10,000 Independent Foreign Fiction Prize 2015.

The Prize, which celebrates its 25th anniversary in 2015, honours an exceptional work of fiction by a living author which has been translated into English from any other language and published in the United Kingdom in 2014.

The Independent Foreign Fiction Prize is unique as it gives the winning author and translator equal status, they each receive £5,000, recognising the importance of the translator in their ability to maintain the integrity of the story between languages and cultures.

The judges for this year's Prize include:

It should be an exciting competition, the shortlist will be announced in April 2015 and the award ceremony will be held in May 2015.

If you have a manuscript but would like feedback on your work, visit Words Worth Reading Ltd to find out about our editorial service.

Posted by Words Worth Reading at 02:38 No comments:

You could win a hamper full of goodies from Harper Collins 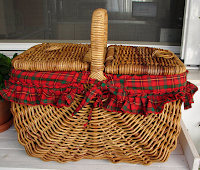 Harper Collins are offering you the chance to win a hamper to celebrate the publication of Josephine Cox's 50th novel The Runaway Woman.
The luxury hamper, from Bothams of Whitby, is worth £129 and contains chocolates, gingerbread loaf, teabreads, fruitbreads, biscuits, jams, toffee, cheese, tea, beer and prosecco, as well as two mugs. With Christmas around the corner, these goodies would be great to share....or keep all to yourself!
The winner of the prize draw will also receive a signed copy of The Runaway Woman. It is Josephine Cox's latest novel and 50th book.
The closing date for the competition is 1 December 2014. 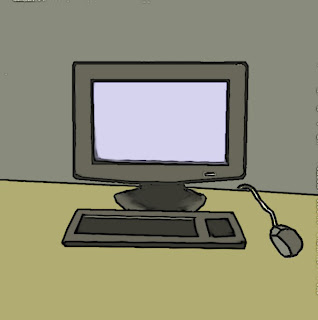 The bulletin provides important information about:

- Information governance issues caused by the implication of the GMS contract

- The offshoring of data

Guidelines for doctors and nurses call for more openess

A consultation is underway on how doctors, nurses and midwifes can be more open and honest when things go wrong.
Draft guidance for a 'duty of candour' has been produced by the General Medical Council and the Nursing and Midwifery Council – the regulators for individual health professionals. It will support doctors, nurses and midwives in fulfilling their professional duty to be open and honest about mistakes.
This follows on from work being carried out by the Care Quality Commission to help NHS trusts understand how they can meet the upcoming duty of candour and fit and proper persons regulations. This will help providers have robust systems in place to be open and honest when things go wrong and to hold directors to account when care fails people.
The legislation underpinning these is currently subject to Parliamentary approval.
Professor Sir Mike Richards, Chief Inspector of Hospitals, said: "The draft guidance for health professionals is a welcome move to make the NHS more open and honest when things go wrong, and to move away from a blame culture.
"This supports our wider work on helping organisations to meet the Government’s new regulations so that those who provide health services in the NHS are more accountable."
Posted by Words Worth Reading at 01:36 No comments:

The Chief Inspector of Hospitals Professor Sir Mike Richards has been awarded a lifetime achievement award for services to cancer during a career spanning more than 30 years.
Sir Mike was presented with his award at the National Cancer Research Institute cancer conference in Liverpool this morning by Cancer Research UK.
In July 2013, Sir Mike joined the Care Quality Commission as Chief Inspector of Hospitals.
In 1999, he was appointed as the first National Cancer Director at the Department of Health. In this role he led the development of the NHS cancer plan (2000) – the first comprehensive strategy to tackle cancer in England and was then responsible for overseeing its implementation.
In 2001, he helped to establish the National Cancer Research Institute and was Chair of the Board between 2006 and 2008. He also helped to establish the National Cancer Intelligence Network (2008) and has also chaired the International Cancer Benchmarking Partnership.
Sir Mike was previously a consultant medical oncologist at Guy's Hospital specialising in breast cancer (1986 – 1995) and Sainsbury Professor of Palliative Medicine at St Thomas' Hospital (1995-1999).
Source: CQC website, news section
Posted by Words Worth Reading at 01:32 No comments:

Source, CQC website
Posted by Words Worth Reading at 01:29 No comments: 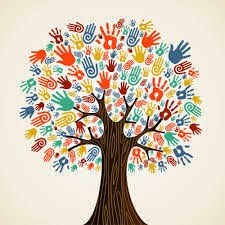 The Words Worth Reading Ltd Charity Report for 2014 is now available to read via the team's website.

The report outlines the fundraising that the team have completed this year, and also provides details of the donations that have been made to charities that the team feel particularly passionate about.

Charities that have benefited from the funds raised or donated by the Words Worth Reading Ltd team include; Little Haven's Hospice, SMA Support UK, Harrison's Fund, Lily's Trust, The British Heart Foundation, Oxfam and Children in Need.

In total, the team have raised over £2,000 for charity this year.

Tips on contributing to a Football Magazine 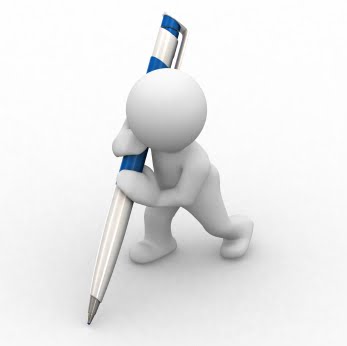 We have recently added an article to our library of free downloadable articles that focuses on how best to contribute to Football Magazines.

The article is aimed at those individuals wishing to write articles for Football Magazines, or indeed for individuals who are hoping to create their own, new, football publication.

The article includes hints and tips relating to; photography, writing style and tone, product reviews, ideas on news articles, and information on how to tailor the magazine to meet the needs of the assumed audience.

All writing-related articles can be found in the 'Extras' section of our website.
Posted by Words Worth Reading at 13:04 No comments: 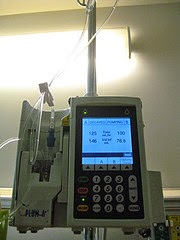 England's Chief Inspector of Hospitals, Professor Sir Mike Richards, has published his first report on the quality of services provided by The Mid Yorkshire Hospitals NHS Trust.
The Care Quality Commission has found that the trust provided services that were caring, however, improvements were needed in the safety, effectiveness, responsiveness and leadership of some services.
The inspection took place in July, the CQC used its new inspection regime.
Pinderfields Hospital, Pontefract Hospital and Dewsbury District Hospital were each rated as Requires Improvement, although critical care at both Pinderfields Hospital and Dewsbury District Hospital was rated as Good. The trust’s Community Health services were also rated as Good, however Safety across the trust was rated as Inadequate.
Inspectors found that most patients were positive about the care they received and staff were thought to be polite, patient and caring. Inspectors also found some examples of outstanding practice, particularly within the children’s community end of life team who demonstrated compassion and commitment to families.
Inspectors identified some areas of outstanding practice, including:
There were also a number of areas of poor practice where the trust needed to make improvements, including:
The full reports are available on the CQC website here.
If you are a healthcare professional and would like help with CQC documentation, visit the Words Worth Reading Ltd team to find out how we can help you.
Source: www.cqc.org.uk
Image: Ricardodiaz11, Flickr
Posted by Words Worth Reading at 02:42 No comments:

Concerns about Care Home in Wirral 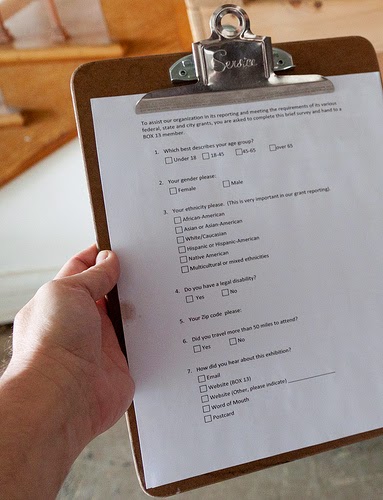 In a report published on the 29th October 2014, CQC inspectors highlight repeated concerns following an inspection of Highground Care Home based in Wirral. The inspection was carried out in August 2014 as part of CQC’s scheduled inspection programme for 2014/2015.

Visiting inspectors found that the nursing home was failing to provide care which was safe, effective, caring, responsive or well led; and all nine of the national standards reviewed by the inspection team were not being met.

A full report detailing the findings from the inspection has been published on the CQC website this week.

Inspectors found that improvements identified on their previous visit in April 2014 had not been sustained and raised a number of concerns, including:
As a result of these findings CQC is currently considering the need for further regulatory action against Irvine Care Limited and will report in due course on any action they do decide to take.

Debbie Westhead, CQC’s Deputy Chief Inspector of Adult Social Care in the North said:
"Highground Care Home has an inconsistent history where standards of care are concerned; the ongoing variation in quality of care cannot be allowed to continue.

"We have shared our findings with the Local Authority Safeguarding Team, and we have told Irvine Care Limited very clearly where they must take action to address our concerns.

"The residents receiving care from Highground Care Home are entitled to receive services which are safe, effective, compassionate, well led, and responsive to their needs.

"We are monitoring Highground Care Home very closely in liaison with the local authority to ensure that people receiving care are not at risk of immediate harm, and we will report further on any further action we intend to take in due course."

Any regulatory decision that CQC takes is open to challenge by a registered person through a variety of internal and external appeal processes.

Article source; press release via the cqc.org.uk website
Posted by Words Worth Reading at 06:49 No comments: