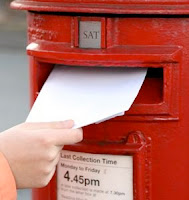 The CQC has recently updated the registration form guidance with information on the use of PO Boxes and addresses outside England.


You can only use a PO Box if it forms part of a full physical address. The CQC does not accept addresses outside England for either a provider or a location.


This information has also  been highlighted on the forms themselves.


If you would like help with your CQC registration, visit http://www.wordsworthreading.co.uk/care-quality-commission.php
Posted by Words Worth Reading at 01:16 No comments:

On the 28th June, the CQC published the first issue of their new quarterly Market Report, which shows the current trends in England's health and social care services.
There will be reports on how well each of the sectors the CQC regulate are meeting each of the standards they inspect, the report will also look at a particular area. This first report focuses on maternity services.
The CQC collated the results of more than 14,000 services that were inspected. The results show, almost three quarters of services were meeting all the government standards. Just over a quarter of services were not meeting at least one standard. It also reports that in just one per cent of services, the CQC found serious concerns that led them to take urgent action.


Go to the Market Report pages on the CQC website, http://www.cqc.org.uk/public/our-market-report, to find out information for different types of care, standards or how certain areas of the country performed.
Posted by Words Worth Reading at 01:02 No comments:

The data from trusts in England suggests that access to NHS care, including knee and hip operations, is to be restricted. The evidence was gathered under the Freedom of Information Act by GP magazine. It showed 90% of trusts were imposing restrictions. Trusts have blamed these restrictions on cost-cutting, but the government says there was no justification for that claim.
Two-thirds of the 151 trusts responded to the magazine’s survey about the procedures they considered to be non-urgent. NHS managers have defended the practice, saying that in some circumstances care had to be prioritised. Many argue the NHS should concentrate its resources in most cases on other, more serious conditions.
Dr Richard Vautrey, of the British Medical Association said, "Patients fully understand the NHS doesn't have unlimited resources... but they don't understand, or believe it's fair, when services are provided in one area but not another. We're supposed to have a national health service, so there should be national consistency in service availability." (BBC News, June, 12)
However, there are those who believe trusts have to prioritise care in the current economic climate. The NHS faces the same problems we are all currently facing, considerable financial pressures and scarce resources that must be used as effectively as possible.
If you are a healthcare provider and would like more information about CQC registration or healthcare documentation, visit http://www.wordsworthreading.co.uk/healthcare-documentation.php
Posted by Words Worth Reading at 14:18 No comments:

Matador, a self-publishing service company, are organising a one-day conference on self-publishing next March. The event will take place on Sunday 24th March 2013 from 9am to 5pm at the University of Leicester.

The event will be aimed at any authors wishing to self-publish their work, whether that is independently or using an author services company. The workshops offered on the day cover many aspects of self-publishing, from cover design to working with editors.

Tickets went on sale on 1st June. If you book early, you can get tickets for £35. This price includes a delegate’s pack, buffet lunch, afternoon tea and a choice from over nine workshops. The price increases to £45 from November. For more information go to www.selfpublishingconference.co.uk

If you would like more information on how to publish your book, visit www.wordsworthreading.co.uk/publisher-packs.php
Posted by Words Worth Reading at 14:43 No comments:

Campaigners in Friern Barnet, north London, have set up a ‘pop-up’ library in protest of the closure of their local library. The make-shift library has been set up in a marquee on the green opposite the town's library, which closed earlier this month, a casualty of the council spending cuts.

Campaign group Save Friern Barnet Library says “it has been used by thousands of people who now have nowhere to go.” (Writers’ Forum, June ‘12) The campaigners need more support and have asked local residents to donate books and visit the ‘pop-up’ library.

The campaign has urged a Barnet Council spokesman to say that they will work with the group to open a permanent community library.
Posted by Words Worth Reading at 14:37 No comments:

No Pulitzer prize for author 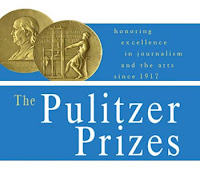 The judges of the Pulitzer Prize have decided not to award the prize for fiction for the first time in 35 years. The board had cut the list down to three hopeful winners. Those in contention for the prize were David Foster Wallice’s The Pole King, Denis Johnson’s Train Dreams and Karen Russell’s Swamplandia. However, none of the novels received a majority vote from the panel. This means that no one will win the £10,000 prize.

Do you think you could have a Pulitzer Prize winning novel in you? Words Worth Reading Ltd. can help you write or edit your book. Visit www.wordsworthreading.co.uk/manuscript-proofreading.php for more information on the services offered.
Posted by Words Worth Reading at 14:32 No comments:

Are you suffering from writers' block? 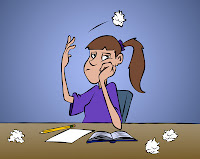 Freewriting is a technique used by many writers, particularly when they are starting a project. The idea behind freewriting is to outline your initial thoughts surrounding the area you are about to address.

It is a great way to clear your mind and focus your thought process before beginning a project. It can even help overcome writers’ block and feelings of angst about an up and coming deadline.

From July 2012 all GPs and other primary medical services must begin their registration with the CQC. All GPs must comply with the essential standards, which cover quality and safety. Registration must be completed by April 2013.

The Care Quality Commission checks whether hospitals, care homes and care services are meeting Government standards. The application process for GPs will begin in July this year. For more information about how this affects you go to www.cqc.org.uk/organisations-we-regulate/gps-and-primary-medical-services

Public satisfaction with the NHS hits a slump

The annual British Social Attitudes survey reveals that satisfaction with the NHS has fallen from 70% last year to 58%. This marks the largest fall in three decades. The survey sampled 1,000 adults between July and November last year.

However, this drop in satisfaction may not reflect a fall in NHS service quality. The BSA only found slight drops in satisfaction with inpatient, outpatient and accident and emergency services. The slump may be down to the timing of the survey. The period that the survey was carried out coincided with a difficult political atmosphere last year when coverage of the coalition health reforms was negative.

The government has been performing its own telephone survey since 2000. Its ratings have generally been higher than then BSA’s. In May, it showed that 69% of people were satisfied with the running of the NHS.

The Health Minister, Simon Burns said: “The British Social Attitudes survey targets the general public rather than targeting people that have actually used the NHS, so responses are influenced by other factors. By its nature, it is not as accurate a picture as the data from patients.” (The Guardian, June 12)

If you are a health care professional and are concerned about patient satisfaction. Words Worth Reading Ltd can help you meet the CQC standards. Visit http://www.wordsworthreading.co.uk/cqc-consultancy-support.php for more information.

Posted by Words Worth Reading at 03:23 No comments:

The CQC have launched a new section on their website to help GPs prepare for a CQC inspection. It will help you understand how they check your compliance with the regulations. It also includes practical suggestions for things you may want to consider in preparation for an inspection. There is also a timetable explaining that all GP practices and other primary medical services have to be registered by April 2013, under the Health and Social Care Act 2008. The registration process starts in July, when GP practises will receive a letter with a code which will allow you to start the application process on the CQC website. Once you've set up your account(s), you can start filling in the online application form straightaway, now is the time to start thinking about your registration.
Visit the Words Worth Reading website and visit the CQC section for all the advice and support you need.
Posted by Words Worth Reading at 14:01 No comments:

Care Of The Elderly Is Failing

WRVS, a volunteers and charity organisation, have recently completed a survey comparing British pensioners with their counterparts in Sweden, Germany and the Netherlands and found that Britain’s care of the elderly is failing.

Overall Britain came third out of the four countries, but our elderly were the most likely to feel isolated, had the lowest net income and felt victims of age discrimination.

David McCullough, chief executive of the WRVS, has said "This research highlights the sad truth about growing old in Britain today and should act as a wake-up call.
The treatment of older people in this country needs to be addressed and we must learn from our EU partners.” (Sky News, May 12)

Other European countries have taken advantage of volunteers to provide older people with more social contact and better links to their communities. It is felt that this will have a beneficial impact on their health.

There are already a number of schemes set up around the country to provide support to the elderly. At the Bullingdon Community Centre in Oxford, pensioners are able to attend a day centre run by Age UK once a week, where they can socialise and have a meal together. The project makes a real difference for many of their regulars. Centre manager Ella Thomas said "It is a lifeline for older people, a day centre or community club where they feel they receive a respite from being on their own." (Sky News, May 12) However, it is felt that much more needs to be done to improve the lives of the elderly in the UK.

This new evidence, bought to light by the survey, will contribute to a national debate in the UK about the WRVS’ aspirations for the UK’s older citizens and how they best might be achieved in today’s society.

All independent health and social care providers must be registered with the Care Quality Commission (CQC). Not sure where to start? Check out www.wordsworthreading.co.uk/care-quality-commission.php
Posted by Words Worth Reading at 10:36 No comments: