Debbie Davis, 31, who six years ago was made redundant from her job in the printing industry and was struggling to pay her rent, has now earned £1.4m with the cosmetics firm Avon. After being unemployed for six months, she paid £15 to sign up as an Avon representative to help pay the bills.

She has subsequently ditched her council house for a renovated luxury home and top-of-the-range sports car.

But despite living a millionaire's lifestyle, Miss Davis continues to sell Avon products door-to-door near her home.

3 weeks into her new career as an Avon representative Miss Davis found that she had sold over £18,000 worth of products and enlisted her partner to help her with her new selling career. Together, they have won awards for producing such a high income for Avon for the past 4 years.

What a great CV she must have!
Posted by Words Worth Reading at 23:04 No comments:

The NHS has significantly reduced the number of places available to graduates on its management training scheme due to fears that it may be spending millions of pounds on individuals who will be unable to find a job within the health service once they have completed their course. Managers in Partnership chief executive Jon Restell said; "We've invested a lot of time and money [in the trainees] and now they're likely to be lost to the NHS unless we can form some sort of bridge."

Indeed, Restell called for a new scheme to be set up whereby management scheme graduates could be placed into short term or 'interim' roles within the NHS, especially as they are generally well trained and experienced and relatively cost effective.

The HSJ has reported that the public access to NHS websites and links is both complex and disorientation despite the amount of money that has been invested into these programs.

"as the recent white paper said, the government intends to bring about revolution to give people access to comprehensive, trust-worthy and easy to understand information from a range of sources on conditions, treatments, lifestyle choices and how to look after their own and their family's health."

http://www.hsj.co.uk/news/policy/nhs-brand-undermined-by-online-confusion/5017887.article
Posted by Words Worth Reading at 03:17 No comments:

When people read a fantastic book they are compelled to share it and impress it upon other people. Darragh McManus writes in the Guardian today about the situation where 'someone presses a book on you, assuring you that you'll simply adore it ... and you don't? Worse – you hate the thing, and can't understand how anyone would think of it and then think of you.'

I still can't bring myself to read Eat, Pray, Love despite numerous recommendations...
Posted by Words Worth Reading at 05:36 No comments:

The government has announced a ban on job centres carrying adverts for jobs in the sex industry.

The curb, which will come in with immediate effect, will cover a range of jobs including those advertising for lap dancers and strippers.

The government has said this this ban is to prevent job seekers feeling as if they have to accept jobs that they may feel uncomfortable with.

However, the ban does not necessarily mean that job centres cannot carry 'appropriate' adverts for vacancies within a sex industry environment. A cleaning job in a lap dancing club for example would be allowed.

The ban will only affect jobs which could lead to exploitation, Employment Minister Chris Grayling said.

This decision comes as a response to a public consultation which, according to the government, revealed "significant public concern" about the advertisement of sex industry jobs in job centres.

Sex industry jobs have been displayed in job centres since 2003, and figures demonstrate that job centres advertised more than 350 jobs in the sex industry in 2008.
Posted by Words Worth Reading at 23:16 No comments:

Chick Lit - A term to be praised?

The Guardian has an interesting piece on it's blog at the moment; talking about whether the term 'chick lit' is something to be avoided and erased, or whether it should be celebrated. A few years ago I saw Freya North speaking at a writing event in Winchester. She had just won the Romantic Novelist of the Year award that year, and in her speech she spoke about how she hated the term 'Chick Lit' as she felt it downgraded the works that fall into that genre. But I am not so sure. What makes that term derogatory?

Last week DJ Connell stated that the term 'Chick Lit' should be banned. Well actually she said it was offensive but it carries the same implication. But surely it is this kind of attitude that would lead to individuals mis-interpreting the meaning of 'chick lit' in the first place. If critics go around stating that chick lit is thought of as second rate or poorly written, then readers and the general public will start to believe this stereotype. If instead, 'Chick Lit' is just referred to as a means of describing a particular type of writing genre, in the same way that science fiction is used, then over time, any pre-judged stereotyping should disappear. One would thing anyway.
Posted by Words Worth Reading at 23:19 No comments:

The deadline for submissions is 31 December 2010. For further details about the award, and full terms and conditions, please click on the link below

http://www.terrypratchett.co.uk/news%5Ctermsandconditions.html
Posted by Words Worth Reading at 05:10 No comments: 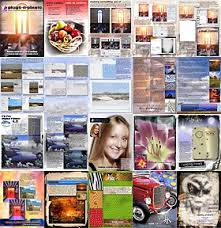 Words with Jam is an exciting e-zine for Writers. It aims to be informative about writing methods, give tricks and tips, whilst also being relaxed, humorous, frank and fun. Each issue we has various features and articles from a variety of writers as well as regular columns. Best of all, it's free!

http://www.wordswithjam.co.uk/
Posted by Words Worth Reading at 05:04 No comments: