Samantha Shannon is a writer who has created a new world for us to dive into, her first novel The Bone Season was published in the US and the UK last week.

Shannon lives with her mother and stepfather in Ruislip, has an Oxford degree and has set her novel in the city. It was during an internship with a London literary agent that she first started writing the book.

Her first manuscript, Aurora, had already been discarded, after receiving little interest. But it did get her the two-week internship with a top London agent, during which she had the idea for her new book.
This book, The Bone Season, is the first of seven she wrote whilst studying at Oxford, working all day and writing every evening.
Shannon has said that she knew it was going to be a series, her inspiration wouldn’t fit into one book. She is determined to make each book better than the last.
The rights have been snapped up in 20 countries around the world and her publisher has sold the film rights to a British company.
All that hard work has paid off for this up and coming writer.

If you would like help getting your book published, visit us at Words Worth Reading Ltd to find out more about our Publisher Packs.

Posted by Words Worth Reading at 03:11 No comments:

Make the most of the last week of the summer holidays and enter some great writing competitions due to close soon...

Winston Fletcher, formerly president of IPA, was an important figure in the world of advertising, and the author of 15 books and more than 3,000 articles.

This new prize was set up by friends and colleagues who wanted to celebrate Fletcher’s achievements. Offering £2,000 to the winner, the competition is open to anyone who works in advertising, marketing or a related business.

The theme of the competition will change every year. In it’s first year, the theme is 'advertising.'

Stories may be up to 4,000 words long, and should be entered via the online submission system, the closing date is 4 September.

If you have an idea for a book, but don't know how to put pen to paper, visit us at Words Worth Reading Ltd.

Image: Betsyweber, Flickr
Posted by Words Worth Reading at 02:23 No comments: 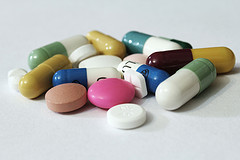 There is a significant divide between England and Wales in access to new cancer medicines, according to campaigners.

According to The Rarer Cancers Foundation (RCF) patients in Wales are four times less likely to receive the new treatments on offer than those in England. There is a special fund in England, set up in 2010, which provides £200m a year to help pay for new cancer drugs. However, this funding is due to end next year.

Currently in Wales, patients have to make individual requests for funding through their doctor if a new drug has not been approved by NICE, the health watchdog. A report into funding requests shows that there is a large variation among the approval rates of health boards.

The RCF is calling for this inequality to be fixed. The Welsh Government claim that a cancer drug fund is not well supported, it's aim is to provide cost-effective and evidence-based treatment fairly to everyone, no matter what illness they were suffering from.

If you are a healthcare professional and would like help with your healthcare documentation, visit Words Worth Reading Ltd.

Posted by Words Worth Reading at 03:45 No comments:

The August edition of the Words Worth Reading Ltd newsletter is now available to download. 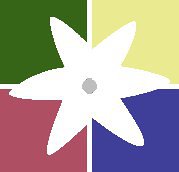 The August edition of the Words Worth Reading Ltd newsletter is now available to download.

The summer is nearly over, a new term will be starting for students everywhere and we have some great top tips for those going off to University. Here in the office we have been busy providing a robust proofreading service and helping organisations complete their IGTs.

To get the latest news about business, healthcare, jobs, writing, student life, and to find out what the Words Worth Reading Ltd team have been up to, download this month's newsletter from our website by clicking here.
Posted by Words Worth Reading at 08:35 No comments: 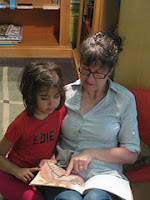 The National Literacy Trust are looking for people to become part of their group, and help them to continue their work to raise literacy levels across the UK.

As a friend of the Trust, you can help to run events in your local community to raise money for the charity.

There are all sorts of ways that you could get involved:


You can join the National Literacy Trust and get involved by visiting their website and completing the online form.


If you love reading and have always wanted to write your own book, Words Worth Reading Ltd can help you get started. Visit our website to find out more about our mentoring service and publisher packs.

Image: edenpictures, flickr
Posted by Words Worth Reading at 08:22 No comments:

Final book in the Alan Gregory series to be released

Stephen White is The New York Times best selling author of almost 20 books featuring the fictional character Alan Gregory, a clinical psychologist from Colorado. However, this week sees Dutton Publishers release the final book in the popular series that began in 1991 with the book Privileged Information.

Compound Fractures will be the final book in the series from Stephen White, providing a riveting conclusion in the Alan Gregory saga.

In the previous book In the Line of Fire, Gregory found himself surrounded by danger as he struggled with circumstances beyond his control. By the end, Alan's personal life and his career were in danger of complete collapse. But this is merely a prelude of what is to come in the final book.

Compound Fractures promises to be a nail biting and satisfying final book in the series from White.

If you think you have a story, or even a whole series of books to write, Words Worth Reading Ltd can help you get stated with our bespoke mentoring service.

Image: Horia Varlan, Flickr
Posted by Words Worth Reading at 08:07 No comments:

The Guardian children's fiction prize has been running since 1967 but only admitted non-UK writers last year and half of this year's shortlist is made up of Americans.
A bestselling American author and YouTube sensation, John Green, has been shortlisted for the Guardian children's fiction prize for The Fault in Our Stars, alongside an American Newbery medal-winner, Rebecca Stead with Liar & Spy, her third novel.
While British authors making up the shortlist include the much-loved and award winning author David Almond, author of the Carnegie-winner Skellig, with The Boy Who Swam With Piranhas. Also on the shortlist is Katherine Rundell with Rooftoppers, her second novel. Inspired by summers working in Paris and by night-time trespassing on the rooftops of All Souls College, Oxford.
The shortlist was chosen by two previous winners, Hillary McKay and Andy Mulligan, and the 2010 Costa-winner Jason Wallace. The winner will be announced in October.
The Guardian children's fiction prize is shadowed by a Young Critics scheme in which children have their say on the long list of books. There is still time to submit a review of any of the eight books on the long list: full details here.
If you would like to write your own book, but don't know where to start, Words Worth Reading Ltd offers writers the opportunity to be mentored by a published author. Click here for details.
Source: The Guardian
Image: ErinKphoto, Flickr
Posted by Words Worth Reading at 00:12 No comments: 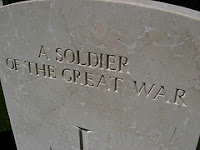 Authors are wanted for titles on Norfolk, Suffolk, Essex and Kent in the Cities and Towns in the Great War series. At least ten Writers Magazine readers have been commissioned to write titles in this series, which was featured in the July issue of Writers' News.

'These counties were in the front line in the Great War as some coastal towns were bombarded from the sea and experienced Zeppelin raid,' said Roni. 'King's Lynn; Great Yarmouth; Norwich; Lowestoft; Ipswich; Cambridge; Colchester; Chelmsford and such are towns we would especially welcome proposals from authors.'

Social historians who are interested should email Roni (designmanager@pen-and-sword.co.uk) with a chapter-by-chapter brief for their book in the context of the town and city they're proposing.

Books should be 25,000-30,000 words of text with accompanying integrated images.

If you are a writer looking to get published, Words Worth Reading Ltd could help, we have a Publisher Pack to suit you.

Posted by Words Worth Reading at 23:49 No comments:

If you have recently submitted your assessment to the Information Governance Toolkit, there are a few things you need to know about Interim Accredited Safe Haven for Section 251 Support and Version 11 of the toolkit.

The first step in the Stage 1 ASH accreditation process is that CSU/CCGs must have a published IG Toolkit assessment which has been approved by the IG External Delivery Team and graded “Satisfactory” or “Satisfactory (with Improvement Plan)”.

There are a number of actions required when completing improvements for CSUs and CCGs. You can find out about all of these required actions by going to the IGT website.

If you are a healthcare professional and would like help completing your Information Governance Toolkit, Words Worth Reading Ltd has a wealth of experience in supporting companies meet the requirements.
Posted by Words Worth Reading at 05:38 No comments:

If you are a student who has received some unexpected exam results (whether higher or lower), you may not know what your next step should be.

If you wish to explore your options, you can call an expert careers adviser at the Exam Results Helpline for free independent advice.

No matter what route you take to higher education, once you get there, Words Worth Reading Ltd can help you achieve your very best with our proof reading services.

Posted by Words Worth Reading at 05:14 No comments: