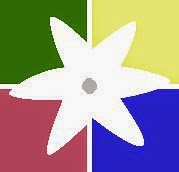 The June edition of the Words Worth Reading Ltd newsletter is now available to download.

We have been enjoying the fantastic weather we have had recently, whilst in the Words Worth Reading Ltd office we have made some aesthetic changes to our website. We have also been busy working with clients, new and existing, to update their policy documentation and submit their requirements against the Information Governance Toolkit.

To get the latest news about business, healthcare, writing, student life, and to find out what the Words Worth Reading Ltd team have been up to, download this month's newsletter from our website by clicking here.

Posted by Words Worth Reading at 23:12 No comments:

Version 12 of the Information Governance Toolkit has gone live this month.

Here is a summary of the changes for this release of the toolkit:

You can find out more by clicking here.
Posted by Words Worth Reading at 01:59 No comments:

We all know that getting treatment for a stroke can be a race against time to limit damage to the brain. Scientists in Sweden say they have devised a helmet that can quickly determine whether a patient has had a stroke. The Swedish scientists who made the device plan to give it to ambulance crews to test after there were successful results in early studies with 45 patients.
The helmet could speed diagnosis and treatment of stroke to boost chances of recovery. The cap bounces microwaves off the brain to determine whether there has been a bleed or clot deep inside.
A computerised tomography (CT) scan will show this, but it can take some time to organise one for a patient, even if they have been admitted as an emergency to a hospital that has a CT scanner.
To speed up the process, researchers from Chalmers University of Technology, Sahlgrenska Academy and Sahlgrenska University Hospital, in Sweden have come up with a mobile device that could be used on the way to hospital.
The helmet uses microwave signals, just like the ones emitted by microwave ovens and mobile phones but much weaker, to build a picture of what is going on throughout the brain.
The researchers say their device needs more testing, but could be a useful aid in the future to use alongside other diagnostic methods.
Source: BBC News

Posted by Words Worth Reading at 01:29 No comments:

From 9 May to 5 June 2014 the CQC consulted on the proposal to change the job title for the Mental Health Act Commissioner role.

Many groups were consulted:

Any documentation developed in the meantime will use the new title.
The CQC will also work with other departments to ensure all current information is changed to refer to the MHA Reviewers and updated by 1 October 2014.
Image: Mohamed Malik, Flickr.

Posted by Words Worth Reading at 00:35 No comments:

The new DermoScan app being developed in the USA claims to help identify melanoma.

Developed at the University of Houston, Texas, the app claims to have an 85% accuracy rate when investigating moles and lesions that could develop into melanoma.

DermoScan works when patients take photos of their moles, run them through a software programme on an iPhone and find out in moments if they are likely to be malignant. If a mole or lesion is considered to be suspicious, patients are advised to get specialist help.

After further testing at the University, it is hoped that quick and inexpensive screening will become a reality.

The app works using a dermoscope magnifying lens which attaches to the iPhone. It is hoped that the technology may have other uses in the medical world too.

Image: Ivan Baldivieso, Flickr
Posted by Words Worth Reading at 02:16 No comments:

Eimear McBride has won the Baileys Women's Prize for Fiction 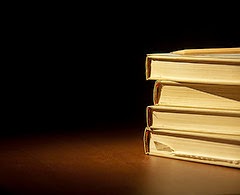 Irish author Eimear McBride has won the Baileys Women's Prize for Fiction with her debut novel, A Girl is a Half-Formed Thing.

McBride spent nearly a decade trying to get the novel published. The novel tells the story of a young woman's relationship with her brother afflicted by a childhood brain tumour.

At the ceremony in London last night, McBride picked up the £30,000 prize and thanked her publisher, Galley Beggar Press in Norwich, for publishing the book after years of rejection.

McBride fought off fierce competition from the other authors on the shortlist. But the book impressed the judges who described it as "ambitious" and "amazing".

Baileys Women's Prize for Fiction Shortlist:
McBride wrote the novel nine years ago when she was just 27, but it was rejected by publishers for being too experimental. It was in 2011, after McBride moved to Norwich, that she sent her manuscript the newly formed Galley Beggar Press, who published it in 2013.

Posted by Words Worth Reading at 01:48 No comments: