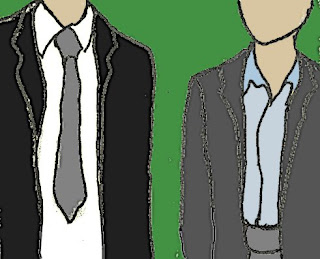 "A care provider which failed persistently to comply with national standards on the safe management of medicines has been issued with fines of £8,000 by the Care Quality Commission.
"CQC issued the fixed penalty notices to St Philip’s Care Ltd after inspectors found that concerns which had been identified on inspections at The Grange, 28 Leeds Road, Selby had not been addressed properly for three months. The Grange provides accommodation and nursing care for up to 47 older people.

"The registered provider, St Philip’s Care Ltd, had been told that they were facing legal action after a series of inspections from November 2012 onwards. At the first inspection, November 2012, inspectors found that the nursing home was failing to ensure that people were protected against the risks associated with the unsafe use and management of medicines. The provider was told that it must make urgent improvements.

"When inspectors returned on three subsequent occasions, they found that people were still at risk.
While the home had made some improvements, the provider still did not have appropriate arrangements in place to manage medicines safely and effectively.

"Following CQC’s intervention, St Philip’s Care Ltd is taking action to achieve compliance. A report of our latest inspection has been published on the CQC website.

“It is a provider’s legal duty to ensure that it has appropriate arrangements in place to manage medicines in a safe way.

“We inspected The Grange in November 2012 after concerns about medication management were raised with us by the local authority safeguarding team. Following our inspection, we warned St Philip’s Care Ltd that they must make urgent improvements.

“It was a matter of great concern that following three subsequent visits we found that residents were still not receiving medication properly, in line with legal requirements.

“The law sets out national standards that everyone who uses services should be able to expect. Providers have a duty to ensure they meet these standards. Our decision to fine this provider sends a clear and public message that persistent failure to meet national standards will not be tolerated.

“We will continue to keep The Grange under close review and will not hesitate to take further action if necessary to ensure residents receive the service they are entitled to expect.”

Posted by Words Worth Reading at 01:21