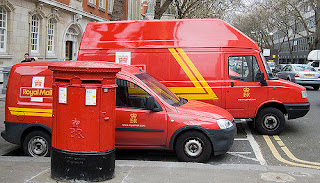 According to a study, commissioned by Royal Mail, almost six in ten (58 per cent) UK SME online retailers now sell their products through a 3rd party online marketplace, such as Amazon or Etsy, even if they have their own website selling direct to customers.

Over half of the SMEs talked to for the study reported that they are looking to expand in 2019. With a variety of options for reaching customers being looked at:
The research found that almost half (47 per cent) of UK SME online retailers have a physical store as well as a presence online. For those that sell in a physical store, 80 per cent reported selling through their own outlets and a third reported selling through others outlets either exclusively or in tandem with their own stores. Other popular ways to sell goods for these retailers include:

Just under one in five (19 per cent) UK SME online retailers import goods, 16 per cent export goods and 52 per cent do both.

Over eight in ten (81 per cent) of those that sell overseas target Europe, 42 per cent sell to the USA and 29 per cent to Canada. Asia (27 per cent) and Australasia (23 per cent) are also common destinations to target.

A spokesperson from Royal Mail said “Entrepreneurial UK SME online retailers are increasingly turning to online marketplaces to sell their products. The rise of online marketplaces is impacting the way consumers shop online and how retailers sell to their customers but the physical store still has a role to play. As the ecommerce sector becomes increasingly global, UK SME online retailers should look at opportunities to expand the international side of their business”.
Posted by Words Worth Reading at 16:01

I really like your Blog and its sounds great.

This is Kristen Corbett from Bangkok, Thailand. I am working for linegroup.

Follow up with the way. linegroup.in.th It's better than the market! With instant updates As if sitting on the edge of the field. Do not miss out on any activities. There are a wide variety of leagues. Whether it is the Thai league or foreign leagues. You can also check backwards as well. Live updates can now be made via both mobile and computer 24 hours a day.

linegroup the most popular Selling Online Website in Thailand. Please Visit us Online.