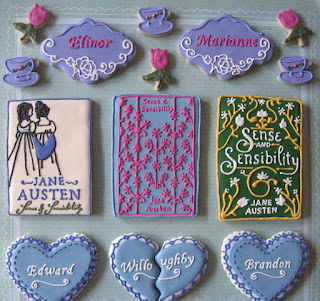 The life of Jane Austen is set to be the subject of a new film called "Jane by the Sea", based on the novel by Carolyn V Murray (Sandcastle Press).

Produced by Voltage Pictures, the romantic comedy will examine the evolution of Austen’s novels and explore the relationships and experiences that served as inspiration for her work. According to "Hollywood Insider" website The Tracking Board, the film will combine scenes from the author’s life and her books.

Austen’s works have been frequently adapted in television and film. In 2007, Anne Hathaway played Austen in "Becoming Jane", which centred on Austen’s development as an author.

According to the Guardian, author Murray will also write the script for the film. Actors and directors of the project have yet to be announced.
Posted by Words Worth Reading at 13:53