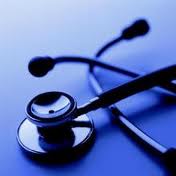 An exclusive taken directly from Pulsetoday.co.uk:

GP practices’ positive ratings are being undervalued under the Friends and Family Test because of the way the data is being published by NHS Choices, it has emerged.

Pulse has discovered that patients who answer ‘don’t know’ when asked whether they were likely to recommend a GP practice are being counted negatively, which is distorting the overall picture, GPs say.

NHS England has said that it will continue to publish the data in this way, but will update the explanatory text on NHS Choices to explain the methodology.

But the GPC has said that practices with newer patients are likely to lose out through no fault of their own, and this anomaly was a ‘good example’ of why ‘crude data’ was not a good way to compare GP practices against one another.

When published on NHS Choices, results are presented only as the percentage of all patients surveyed who said they would recommend the practice.

However, Dr Roger Neal, GP partner at the Surgery in Henlow, Bedfordshire, who first raised the issue, said that the publication for the month of May had indicated only 52% of patients would recommend his practice, despite only one out of 21 patients surveyed saying they were ‘unlikely’ to recommend the practice.

He said this was likely due to ‘extensive new house building’ within the practice’s catchment area, as well as covering a nearby airforce base with a lot of transient patients, who are more likely to say they did not know whether they would recommend the practice.

He told Pulse: ‘Such patients therefore have limited experience of using our practice and are more likely to respond as ‘don’t knows’ to such questioning.

‘But the rub is that NHS Choices appears, worryingly, to use the ‘don’t knows’ within their calculation of recommendation as a negative response. This is a grossly unfair simplification of the statistics. If you exclude the “don’t knows” we would get 68% recommendation.’

Before the FFT launch in practices last December NHS England said the publication of scores ‘should provide morale boosting feedback’, however Dr Neal said: ‘My staff and I are failing to have our “morale boosted” by the FFT.’

The GPC, which criticised the FFT before its rollout due to the added bureaucracy, said this showed the limitations in the Friends and Family Test approach.

GPC chair Dr Chaand Nagpaul said: ‘The FFT and similar surveys have to be looked at in context. One of the greater limitations is simply looking at crude data for comparison purposes is that it lacks context. This is a good example where clearly the results of the FFT is going to be influenced by the fact that a large number of patients have yet to be able to familiarise themselves with the practice, and be able to comment on whether they feel they would recommend it or not.’

In a statement, NHS England said GPs had the opportunity to contextualise their data on their own practice website but it had settled on this ‘simpler presentation’ because many people had found a net promoter score ‘unhelpful’.

However the statement also said NHS England is ‘aware that the explanatory text on NHS Choices needs to be updated to make it clear what the data means’ and that it is ‘working on putting that in place within the coming weeks’.

A spokesperson said: ‘We also show the number of responses that the percentage is based on so patients will get a sense of how representative the numbers are. The number of “don’t knows” is, in most cases, a very small percentage and would not normally make a big difference to the overall perception of a service’s FFT data.

‘By far the majority of patients across the NHS who complete an FFT questionnaire - around 9 out of 10 for GPs - tend to express a positive view. ‘
Posted by Words Worth Reading at 14:03